Home » About the Method » The Method

The Method of activating the Center of Informational Perception within the human brain.

The given methodology was worked out and patented by me in the USA (USPTO Application #: 20080103409 — Class: 600558 (USPTO) — 05/01/08 — Class 600) for activation of the Center of Informational Perception of the surrounding world in the case of direct contact with students. In other words, either in school or at seminar. Distance teaching requires certain adaptation of method; the application of other means of communicating with the students.

The method of activation of the Center of Informational Perception (CIP) is based on the removal of a psychological barrier toward the possibility of the human brain’s capability of informational perception of the world surrounding it, as well as encouraging the brain to begin receiving external information by means of a channel unfamiliar to it.
The presence of the psychological barrier in the human brain is founded on its conceptual understanding of the available means of extracting information from the external world with the help of the five sensory organs as the only ones possible. At the core, this conceptual understanding is a “genetic” foundation and is based on hundreds of millions of years of evolution of all living beings on the Earth. The aim of the method — is to overcome this deep-seated understanding and to reveal a new channel for receiving external information to the brain.

Aim:
Erasing the association between the mystical and the “Clairvoyant” phenomenon amd providing students with a conscious/mindful approach to mastering informational perception of the surrounding world. For this, prior to the learning process, I hold a presentation demonstrating the brain’s ability to recognize visual information from without while not using the visual sensory organs.
New students are encouraged to inspect specially constructed blindfolds, which exclude light completing its pathway to the eyes and to rest assured of the impossibility of peeking. Also, these blindfolds are applied to the eyes of people with an activated center of direct informational perception, and their “supernatural” abilities are then demonstrated. 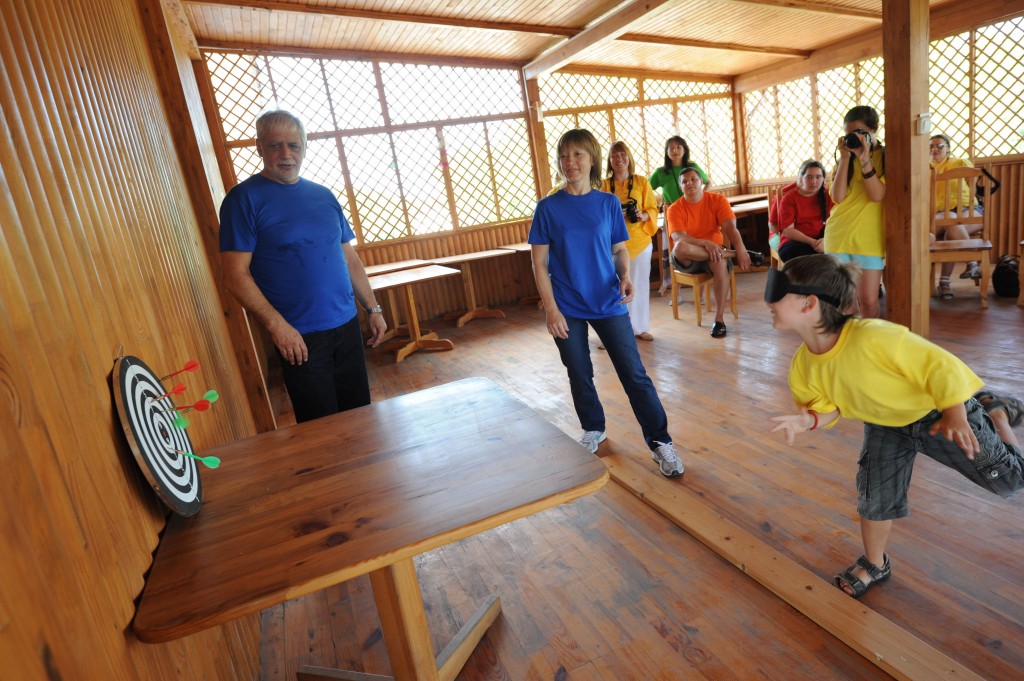 After demonstration, a lecture is read to the students, providing a physical interpretation of the “Clairvoyant” phenomenon.
The students are introduced to a “simplified hypothesis” regarding the existing reality of the Information-based universe and of the presence of a Center in the human brain, capable of receiving information from the external world directly, excluding the sensory organs.
The students are familiarized with the topic of the opportunities that become available to a person upon mastering Informational perception of the surrounding world.
Later, all arising questions are answered.
Throughout the duration of further teaching, a lecture on the theory of the Energetic-Informational foundation of the physical world is held.

Aim:
To overcome the brain’s genetic memory about the impossibility of receiving external information by any means outside the five senses.

Basic Technique:
In class, students are placed in conditions in which their brain is incapable of receiving the requested information in a traditional way. Special technique and approach are worked out for this purpose, included in a patented method for activating the Center of direct Informational Perception of the surrounding world.
In these conditions, one has no choice but to “look for” a new channel for obtaining said information. Such a channel becomes CIP. The brain begins to receive external information via the new self-discovered channel in a controlled mode of perception. In other words, the student checks the accuracy of the information being transmitted to him every single time.
A consistently repeated positive result solidifies the subconscious in the reality of the possibility of informational perception, which in the long run will leads to the removal of the existing psychological barrier and thus, successful activation of the CIP.

Mark Komissarov,
Author of the method of activating
the CIP in the human brain